The Flash of Midnight (Hardcover) 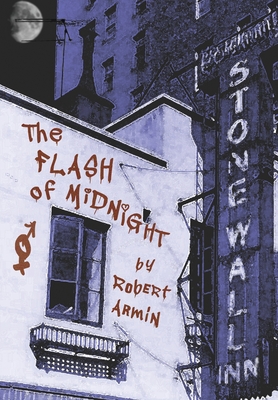 First published in 2011, The Flash of Midnight sounded an alarm about the sexual abuse of children in both the entertainment industry and in seemingly "normal" households at a time when the subject was rarely mentioned openly. Laurie Norber, the protagonist of The Flash of Midnight, is a survivor of rape and child abuse who has somehow managed to retain both a sense of humor and a positive outlook towards the future. Taking its inspiration from Voltaire's Candide, the novel moves like a rollercoaster as it recounts the bisexual escapades of a young woman who suffers through one failed romantic encounter after another, always believing that true love is just around the corner. Author Robert Armin uses his experience as a volunteer rape intervention counselor in the 1980s to bring authenticity to his writing, giving voice to a diverse group of women, each of whom deals with their emotional baggage in a different way. The Flash of Midnight is an authentic portrait of a nation facing a "sexual revolution" at a time when both men and women were breaking through traditional boundaries and exploring previously taboo forms of romantic expression.
Following a reckless and uninhibited post-graduation spree in London and Prague during the Summer of 1968, 20-year-old leap-year baby Laurie Norber finds herself pregnant and none too sure of who the father is. It could be a young Czechoslovakian musician or any one of the many men who shared his bed with him and Laurie. Or it could be rock star George Harrison of the Beatles, with whom she had a brief but memorable sexual encounter.Hoping for one last adventure before motherhood changes her life forever, Laurie sets out on a cross-country drive from New York to Los Angeles with her childhood friend, Kim Zerbe, during which long-concealed secrets are revealed with life-shattering consequences. During the next six months, Laurie will bounce from one romantic escapade to another, encountering a diverse string of lovers and potential lovers, including a middle-aged man who thinks she's 16, a young man with limited sexual experience, a famous character actress with secrets of her own, a beautiful and seemingly flawless teenaged starlet, an ambitious young actress who gives her shelter from the storm, an aggressive security guard, a Hollywood Blvd hooker, and an amateur photographer with decidedly kinky tastes.But the adventure doesn't end when she returns to New York to have her baby, for Laurie will soon find herself at the epicenter of an event that will have lasting consequences on the social history of America.