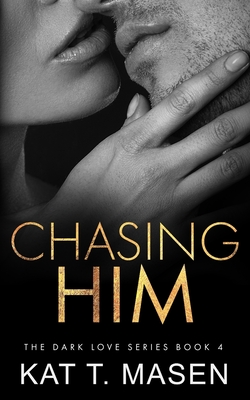 This is book number 4 in the Dark Love series.

Our vows were exchanged.
We had our whole lives planned out.
And even brought our son into this world.
Until hours later... when everything stopped, and you were suddenly gone.

Life was perfect, until the day the only man she had ever been with, the man who had stolen her heart at the tender age of seventeen, was taken away before his time. Desperate, angry, and unable to heal, Adriana hits rock bottom and is forced to seek help for the sake of her son. What she doesn't expect is a friendship from an unlikely source-Julian Baker, her best friend's ex-fianc . Julian is every bit the man she isn't expecting to walk into her life. Intelligent, witty, and extremely handsome. Their unique friendship soon turns into a forbidden relationship. As lovers, they form a bond that must remain hidden from their family and friends, but secrets can only be kept for so long. Adriana's brother, Lex, loathes Julian and will stop at nothing to break them apart. Will Lex's controlling nature and overprotective stance on his wife drive Adriana to end another great love in her life? Or will she finally heal with a man who never intended to steal her heart? **This title was previously published as Adriana. It has been extensively rewritten, re-edited, and has a new cover.