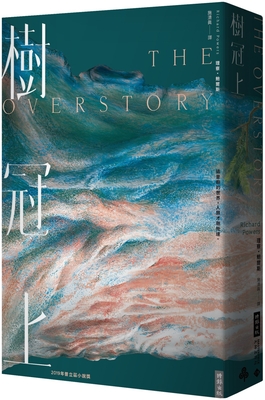 The short version of my recomendation is this: it's the novelization of The Hidden Life of Trees. But even that doesn't quite do it justice. Powers' book is profound in its understanding of the science of (and the communication between) trees, but also in its appreciation of the links between the human and non-human. His most beautiful sentences are also the most devestating, and he uses these links to explore the idea that while death is certainly an end, it is not necessarily the one we imagine. Look to the trees, and we'll see that time is never quite done with us. In this vein, a character elaborates late in the novel, "What you make from a tree should be at least as miraculous as what you cut down." Plainly put: The Overstory is perhaps as close to such a miracle as we currently deserve.

“The Overstory, which contains an energy like that of the trees that link its intertwining stories, is nothing short of stunning. Such links between the human and non-human are mostly hidden to us, but only because we tend not to look very closely (or prefer not to see). Powers' most beautiful sentences are also the most devastating, which hints at the novel's hope that death - whether of a person or a plant - is never quite the end that it seems. Until, that is, we look, or prefer, finally, to see. As we are instructed near the novel's end, 'What you make from a tree should be at least as miraculous as what you cut down.' Plainly put: The Overstory is perhaps as close to such a miracle as we currently deserve.”
— Brad Johnson, East Bay Booksellers, Oakland, CA

“I can’t stop thinking about this book! A sprawling, literary eco-epic, The Overstory is the kind of novel that changes people. It’s a riveting call to arms and a bitter indictment of our wasteful culture. More than that, it’s an incredibly human story with a huge cast of richly imagined characters that you’ll never forget. With writing that is dense but accessible, Powers is a master at intersecting science, art, and spirituality without sacrificing plot. I pity the next customer who comes into our store looking for ‘a book about trees’ because Powers has given me a lot to talk about.”
— Logan Farmer, Old Firehouse Books, Fort Collins, CO