Avant-Garde and Propaganda: Books and Magazines in Soviet Russia (Paperback) 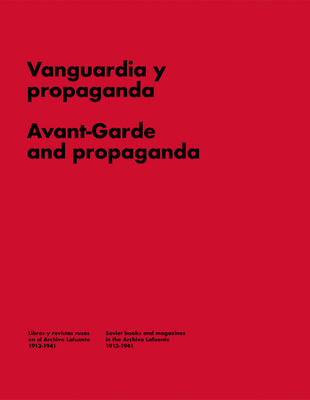 Housed in a printed slipcase, Avant-garde and Propaganda compiles a selection of publications--photobooks and magazines, along with other related documents--demonstrating the great flowering of typography, photomontage and photobooks in the Soviet Union in the period between 1913 and 1941.

Art as applied to book and magazine production achieved its most magnificent expression through the avant-garde movements at the beginning of the 20th century and was particularly innovative in the Soviet Union, where artistic movements such as suprematism and constructivism, the partnership between Russian artists and graphic designers, and the poetic and literary circles of Ilya Ehrenberg and Vladimir Mayakovsky all made for an exceptionally fruitful print culture in the service of the new communist state. This wealth of illustrated material, drawn from the collection of the Lafuente Archive, includes work by El Lissitzky, Alexander Rodchenko, Varvara Stepanova, Andr Lhote, Natalia Goncharova, Kazimir Malevich and others.