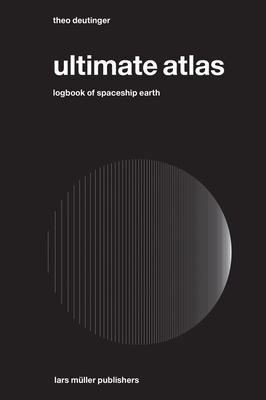 Mapping the data of Earth and its inhabitants, from endangered species to the number of Ikea stores per country

With Ultimate Atlas, Theo Deutinger--Austrian architect, writer, designer and author of the acclaimed Handbook of Tyranny--maps the basic data of Earth and its inhabitants to create a total portrait of the planet "from the digital logbook of Spaceship Earth." How can we keep track of everything that happens on the Earth? How can we share this information with its inhabitants, despite their different languages and cultural backgrounds? Expanding on the visions of Buckminster Fuller and Otto Neurath, Ultimate Atlas answers these questions with the radical leveling of graphic data.

Breaking down this data into 11 sections--Surface, Population, Nature, Food, Energy, Infrastructure, Internet, Wealth, Military, Human and Space--the book gives a page spread to each of the statistics pertaining to these themes (for example, ethnic groups, religions, threatened species, number of motor vehicles per country) and divides it proportionally using vertical lines, in decreasing percentages from left to right. In this way Ultimate Atlas maps the planet with a clarity that is particular to the book form. The distance between the planets of our solar system and the sun; the planet's most commonly spoken languages; the places where the most chickens are raised; all of this information is lucidly displayed for ready comprehension.