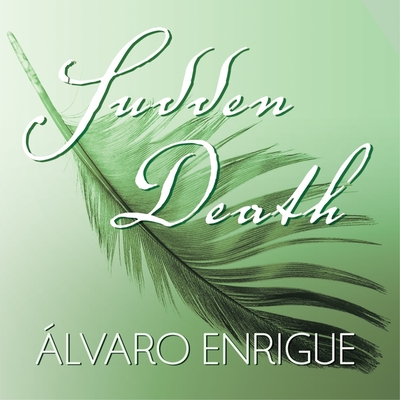 We are in the midst of a new golden age of Mexican literature, and Sudden Death has opened up even more audacious paths for this most cosmopolitan storytelling. To retell the plot does the novel very little service --  which isn't to say it is plotless or even particuraly difficult to follow. Rather, it is tightly wound (not unlike the balls used in the epic duel of a tennis match that functions simultaneously as the novel's centerpiece and frame) and bounds expertly between centuries from Old World to New.

Sudden Death is, at its core, a very angry book -- specifically at the successes of the world's colonizers -- but it is an anger born of play and the centure of comedy. The bad guy may always win in the end, Enrigue sees resigned to say, but that doesn't mean we can't enjoy the losers' little victories along the way.

“Sudden Death is one of the most audacious, smart, and original books you will read this year. It is a literary triptych -- part history lesson, part tennis match, and part hypermodern adventure. Daring and visceral with a cast that includes Thomas Cromwell, Mary Magdalene, Aztec emperors and more, the limits of the novel in Enrigue's hands seem boundless. No other author is taking chances like this with such gratifying results.”
— Mark Haber, Brazos Bookstore, Houston, TX