The Long Way Home: How I Won the 1,000 Mile Iditarod Footrace with Persistence, Patience, and Passion (Hardcover) 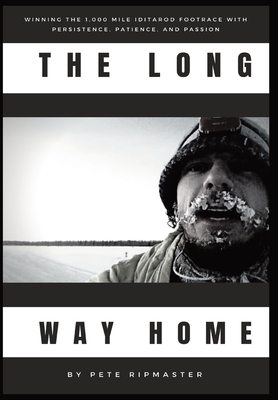 Pete developed a love of nature at a young age, first through the fantastic adventures he had read about in classic adventure books, and then thanks to frequent trips to Telluride. He immediately fell in love with the fresh air and majestic mountains.

He decided to move to Alaska, "the final frontier," by himself to try his hand at dog mushing, and it almost got him killed. When his mother passed away, Pete decided to honor her legacy by running 50 marathons in 50 states and raising over $60,000 for cancer research in the process. That experience fueled his hunger to accomplish even more and served as a springboard for his cause-driven running journey.

Then he heard that the famed Iditarod had another component, one that didn't involve dogs, and he wanted to learn more. He discovered that the Iditarod Trail Invitational (ITI) is the longest running winter ultra-marathon in the world. Athletes face extreme physical and mental challenges to compete in the race on foot, bike, or skis.

Pete took on the challenge and devoted years of his life to training and competing, while dealing with his own inner demons. In 2018, after several attempts, he became one of the few people in history to win the grueling 1000-mile journey through the harsh Alaskan wilderness, but the journey to get there almost cost him his life.