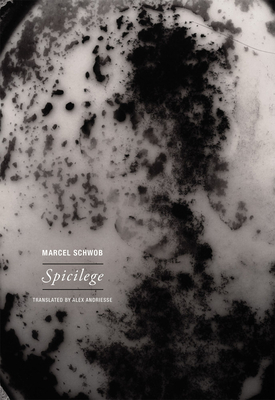 "All over the world," wrote Jorge Luis Borges, "there are devotees of the writer Marcel Schwob who constitute little secret societies." Spicilege, Schwob's last book published under his name, constitutes the handbook to these societies--to Schwob's work, to himself as erudite scholar and author, and to the twilight of the era of French Symbolism. Schwob was, as Paul L autaud described him, a "living library," and the critical biographies gathered in the essays of Spicilege display a few of the volumes in that library: his groundbreaking research on Fran ois Villon (work that remains a cornerstone to our knowledge of Villon), his passion for Robert Louis Stevenson and his encounters with such less-remembered writers as George Meredith. But it is the carefully developed ideas in these essays and the eccentric yet thorough scholarship that draws them together that are of particular interest today: the understanding of criminal slang in the Middle Ages; the study of prostitution in ancient Greece; the folklore inspired by a Flaubert story; a complex critique of individuality that effectively laid the groundwork for Jarry's "pataphysics"; as well as ruminations on perversity, laughter, biography, love, terror and pity, and art and anarchy.
Marcel Schwob (1867-1905) was a scholar of startling breadth, an incomparable storyteller and a secret influence on generations of writers, from Apollinaire and Borges to Roberto Bola o and J. Rodolfo Wilcock.