The Die Is Cast (Paperback) 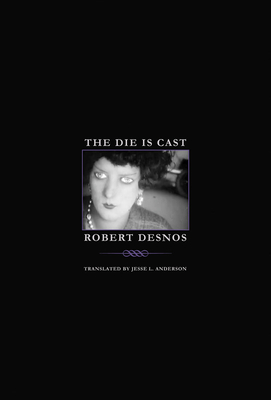 A startlingly contemporary portrait of drug addiction in prewar Paris

Published in 1943 (just a year before its author was arrested by the Gestapo for his Resistance activities), The Die Is Cast was a departure for Robert Desnos: a shift from his earlier, frenetic Surrealist prose to a social realism that borrowed as much from his life experience as his career as a journalist. Drawing on his own use of drugs in the 1920s and his doomed relationship with the chanteuse Yvonne George, Desnos here portrays a band of opium, cocaine and heroin users from all walks of life in Paris. It is a startlingly contemporary portrayal of overdoses, arrests, suicides and the flattened solitude of the addict, yet published in occupied Paris, years before "junkie literature" established itself with the Beat Generation. An anomaly both in his career and for having been published under the Occupation by an active member of the Resistance, The Die Is Cast now stands as timely a piece of work as it had been untimely when it first appeared.

Robert Desnos (1900-45) was Surrealism's most accomplished practitioner of automatic writing and dictation before his break with Andr Breton in 1929. His career in journalism and radio culminated in an active role in the French Resistance. Desnos was arrested by the Gestapo in 1944, and passed through several concentration camps until finally dying of typhoid in Terez n in 1945, a few days after the camp he was in was liberated.