The Not Wives (Paperback) 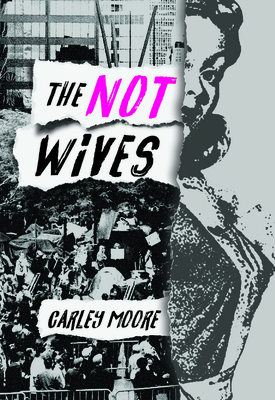 The Not Wives traces the lives of three women as they navigate the Occupy Wall Street movement and each other. Stevie is a nontenured professor and recently divorced single mom; her best friend Mel is a bartender, torn between her long-term girlfriend and her desire to explore polyamory; and Johanna is a homeless teenager trying to find her way in the world, who bears shared witness to a tragedy that interlaces her life with Stevie's.

In the midst of economic collapse and class conflict, late-night hookups and long-suffering exes, the three characters piece together a new American identity founded on resistance--against the looming shadow of financial precarity, the gentrification of New York, and the traditional role of wife.

"Audacious and exhilarating in its candor, The Not Wives captures the heady mix of pleasures and agonies necessary to turn one's life in a new, truer direction. Carley Moore attends to the complexities of urban living and activism with riveting clarity." --Idra Novey, author of Those Who Knew

Carley Moore is an essayist, novelist, and poet. She is the author of two books, the essay collection 16 Pills (Tinderbox Editions 2018) and the young adult novel The Stalker Chronicles (Farrar, Straus, and Giroux 2012). Her work has appeared in The American Poetry Review, Brainchild, The Brooklyn Rail, The Establishment, GUTS, The Journal of Popular Culture, The Nervous Breakdown, Public Books, and VIDA: Women in Literary Arts. She is a Clinical Professor of Writing and Contemporary Culture and Creative Production in the Global Liberal Studies Program at New York University and a Senior Associate at Bard College's Institute for Writing and Thinking.