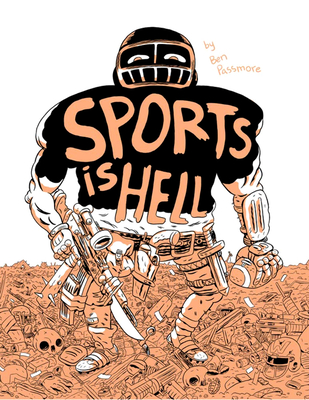 By Ben Passmore
Email or call for price
Out of Print

After her city wins the Super Bowl for the first time, Tea is separated from her friend during a riot and joins a small clique fighting its way through armed groups of football fanatics to met a star receiver that just might end the civil war or become the city's new oppressive leader.

Ben Passmore is a Philadelphia, PA based cartoonist and illustrator best known for his award-winning comic Your Black Friend, which deftly tackles issues of racism, identity and alienation, and was adapted into a short animated film. His political cartooning appears in The Nib, and he self-publishes the post-apocalyptic Daygloahole. He will be partnering with Ezra Claytan Daniels (Upgrade Soul) to bring the body horrific BTTM FDRS (Fantagraphics).