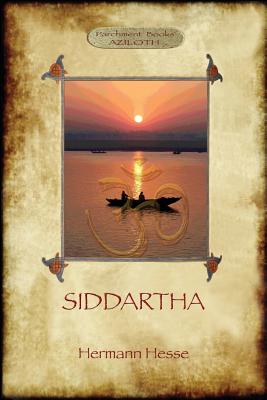 Siddhartha is Hermann Hesse's much acclaimed allegory about Humanity's quest for enlightenment, telling the tale of an Indian youth, born a privileged Brahmin, who rejects ritual and doctrine in order to truly experience the ultimate reality - Brahman - for himself. Siddhartha's spiritual journey is one of experimentation, followed each time by dissatisfaction. From the asceticism of the Samanas to the hedonism of Saṃsāra with all its sexual delights and worldly indulgences, Siddhartha's goal continues to elude him.

When Siddhartha meets Gautama Buddha himself, he sees at once that here, at last, is an enlightened soul. But true to his rejection of all "teachings", he declines to join Gautama and his entourage of monks and, instead, continues to follow his heart - to find his own path. And this he ultimately does with the patient guidance of a simple, uneducated ferryman, who introduces Siddhartha to his inspiration, the river - the river with its many voices....

Not for nothing is Siddhartha regarded as Hermann Hesse's masterpiece.