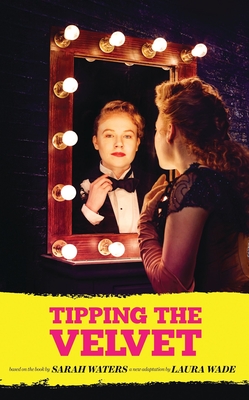 It's 1887 and Nancy Astley sits in the audience at her local music hall: she doesn't know it yet, but the next act on the bill will change her life. Tonight is the night she'll fall in love... with the thrill of the stage and with Kitty Butler, a girl who wears trousers.

Giddy with desire and hungry for experience, Nancy follows Kitty to London where unimaginable adventures await. Sarah Waters' debut novel, Tipping the Velvet was highly acclaimed and was chosen by The New York Times and The Library Journal as one of the best books of 1998. Reviewers have offered the most praise for Tipping the Velvet's use of humour, adventure, and sexual explicitness. The novel was adapted into a somewhat controversial three-part series of the same name produced and broadcast by the BBC in 2002.