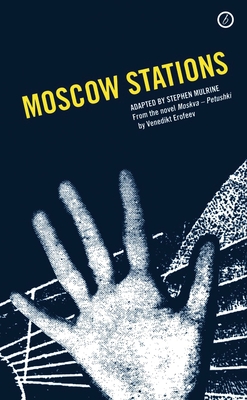 An account of the cultured alcoholic and self-mocking intellectual Yerofeev's heroic odyssey from Moscow to neighbouring Petushki. The production successfully transferred to the West End (1995), where Tom Courtenay's performance and the play received much acclaim.
Cast size: 1

Venedikt Erofeev was born in 1938 and died in 1990 of throat cancer in a tragic parody of his autobiographical hero's fate. His fame rests essentially on the novel Moskva - Petushki, written in the 1970s and published in sixteen languages. Stephen Mulrine is a Glasgow-born poet and playwright. His many translations from Russian range from the classic plays of Pushkin, Gogol, Ostrovsky, Turgenev and Chekhov, to contemporary works by Alexander Gelman and Lyudmila Petrushevskaya