The Dead and the Countess: A Ghost Story for Christmas (Seth's Christmas Ghost Stories) (Paperback) 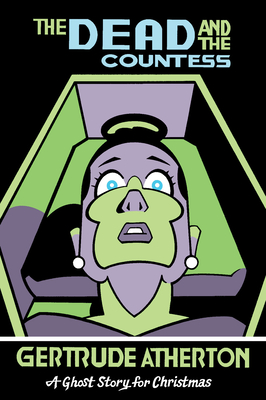 The dead sleep peacefully--until a railway is built near their cemetery. While the old priest works to keep them at rest, the count's dying wife begs to be buried near the railway. But when her last wish is granted, the priest finds that the sound of the train leaves the countess far from at peace.

Seth is the cartoonist behind the comic-book series Palookaville, which started in the stone age as a pamphlet and is now a semi-annual hardcover. His comics have appeared in the New York Times Magazine, Best American Comics, and McSweeney's Quarterly. His illustrations have appeared in numerous publications including the cover of the New Yorker, The Walrus, and Canadian Notes & Queries. He is the subject of a recent documentary from the National Film Board of Canada, Seth's Dominion. Seth lives in Guelph, Ontario, with his wife Tania and their two cats in an old house he has named "Inkwell's End."