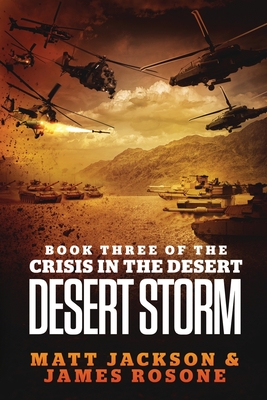 Can Saddam's Army hold its own...

Will Saddam use chemical and biological weapons to try and even the score?

The mighty guns of the USS Iowa and Wisconsin support one final amphibious assault. Will their 36-inch, 2,000-pound shells shatter the Iraqi defenses and open the way for the Marines?

The largest tank battle since World War II is brewing.

What if America didn't stop in southern Iraq?

Abrams battle tanks chase the Republican Guard to the outskirts of Baghdad. Could now be the time for a civilian uprising? Will Saddam be deposed, and the ruling Baath Party come to an end?

You'll love this gripping conclusion to the Crisis in the Desert series because it will keep you turning the pages until the very last moment.