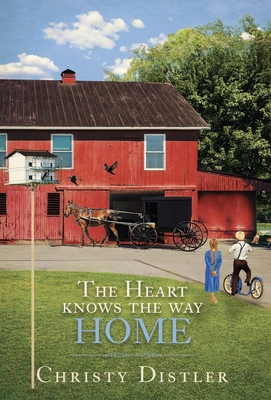 Sometimes home isn't a place, but a people.

As children, Janna Carpenter and Luke Martin lived on opposite sides of Division Highway, and that wasn't the only division in their lives. While he grew up in the gmay-Lancaster County's Old Order Mennonite community-she was the daughter of a single mother who left her in the care of Luke's grandmother. For six years Janna found love with the Martins, until her mother abruptly moved them away.

Now, almost fourteen years later, Janna returns to the area with her daughter. Her hope for a new beginning is lost when they find their home uninhabitable after a storm, then an out-of-gas car leaves them stranded. When two women stop to help, they turn out to be Luke's aunts, and the Martin family again takes her in.

Janna and Luke, a widower struggling to balance business and family responsibilities, reacquaint as Janna assists his grandmother and cares for his son. Her self-protective independence and his conservative principles put them at odds, but the difficulties they face draw them closer.

When long-lost friendship rekindles into unexpected love, will either be willing to make changes so they can be together?

A portion of the proceeds from each sale will be donated to Clinic for Special Children in Strasburg, Pennsylvania.