Annabelle & Aiden: OH MY GODS! A History of Belief (Paperback) 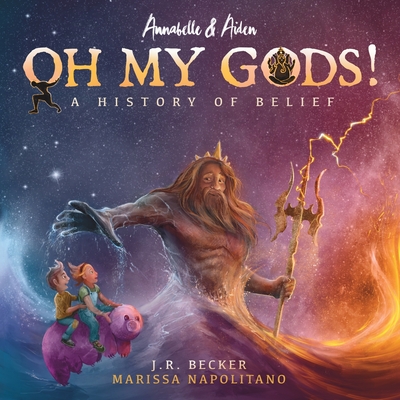 How did our earliest beliefs form? What were they, and what do they say about us?

From the earliest humans who believed everything around them (trees, rocks, skies) could think and feel - like they could. To deep inside dark caves, where early humans draw animal spirits on the walls, and watch shamans sway, illuminated by nearby fires. Watch us build amazing temples and tombs, and give offerings and praise, as we learn ideas of reciprocity and trade. Explore world religions & cultures chronologically, such as:

But most uniquely, this book explains how and why our beliefs emerged and evolved, and what they say about who we are.