Through the Valley: My Captivity in Vietnam (Paperback) 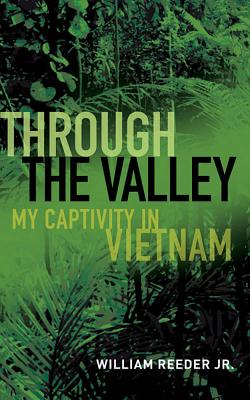 Through the Valley is the captivating memoir of the last U.S. Army soldier taken prisoner during the Vietnam War. A narrative of courage, hope, and survival, Through the Valley is more than just a war story. It also portrays the thrill and horror of combat, the fear and anxiety of captivity, and the stories of friendships forged and friends lost In 1971 William Reeder was a senior captain on his second tour in Vietnam. He had flown armed, fixed-wing OV-1 Mohawks on secret missions deep into enemy territory in Laos, Cambodia, and North Vietnam on his first tour. He returned as a helicopter pilot eager to experience a whole new perspective as a Cobra gunship pilot. Believing that Nixon's Vietnamization would soon end the war, Reeder was anxious to see combat action. To him, it appeared that the Americans had prevailed, beaten the Viet Cong, and were passing everything over to the South Vietnamese Army so that Americans could leave.

William Reeder is a retired Army colonel and highly decorated combat veteran of the Vietnam War. He received the Silver Star for gallantry, two Distinguished Flying Crosses for heroism, an Air Medal for valor, and three Purple Hearts for wounds received during the events related in this story. Since military retirement, he has continued to be involved in leadership training and education for the U.S. Army and NATO Special Operations Forces. In 2014, he was inducted into the U.S. Army Aviation Hall of Fame.