Captive in the OC: A Story of Survival (Paperback) 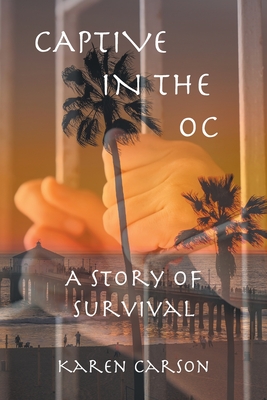 Captive in the OC: A Story of Survival, takes the reader on a journey of the devastation of a young, ambitious woman. She could have never known that a chance meeting could eventually destroy her; and yet it did. Unexpected nuances, twists, turns and red flags are revealed as the story unfolds in one of the wealthiest places in California; Orange County. Fast cars, boats, and an even faster lifestyle looks beautiful on the outside; until behind closed doors. Once the doors are shut, a whole different story takes place, as the author dares to tell her story with the hope that others will have the courage to do the same.

Karen Carson graduated in 2021 with her Bachelor's degree in Psychology with an emphasis in Domestic Violence. Becoming a Domestic Violence Advocate, she has spent over 100 hours talking to victims at her local DV shelter. Karen's hope is that the wretched veil of DV begins to be lifted, and the truth be told.

With the proceeds of her books, she hopes to open her own Domestic Violence shelter, incorporating education and allowing women the opportunity to break-free from the cycle of violence.

About the Author: Graduating in December 2021 with her Bachelor's degree in Psychology with an emphasis in Domestic violence and having received her degree in Veterinary Assisting, her passions are animal rehabilitation, camping, fishing, kayaking, jewelry design as well as art and theatre. Born in Silicon Valley, she has lived in 22 locations including California, Washington, Costa Rica and Oregon.