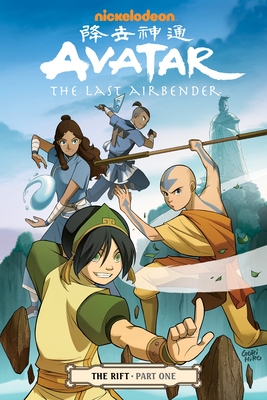 Avatar Aang asks his friends to help him honor Yangchen's Festival&mdash;one of the highest Air Nomad holidays, which hasn't been celebrated in over one hundred years.

But cryptic visits from the spirit of Avatar Yangchen herself lead Aang to discover a jointly owned Fire Nation and Earth Kingdom refinery&mdash;operating on land sacred to the Airbenders! Is this the cause of the pollution Aang finds there, or is a more mysterious menace afoot?

* The official continuation of Airbender from the original series creators!

* Continues to top the sales charts!

* The perfect companion to The Legend of Korra!

"One of the best new pop culture mythologies to debut in the last decade."&mdash;Kotaku

"A fantastic glimpse into the post-series universe."&mdash;Bleeding Cool

Gene Luen Yang began making comic books in the fifth grade. He has since written and drawn a number of titles. His 2006 book, American Born Chinese, was the first graphic novel to be nominated for a National Book Award and the first to win the American Library Association's Michael L. Printz Award. It also won an Eisner Award for Best Graphic Album—New. His 2013 two-volume graphic novel, Boxers & Saints, was nominated for both the National Book Award and the LA Times Book Award. Gene currently writes the graphic novel continuation of the popular Nickelodeon cartoon, Avatar: The Last Airbender. The Shadow Hero, his comic book series with Sonny Liew, revived the Green Turtle, an obscure 1940s character who is arguably the first Asian-American superhero. The Shadow Hero is now available as individual digital issues via Amazon Kindle.

Gurihiru is the team name of the illustration duo of Chifuku Sasaki and Naoko Kawano. Gurihuru has worked on Fantastic Four, The Last Airbender, and Power Pack. You can learn more about Gurihuru at gurihiru.com.