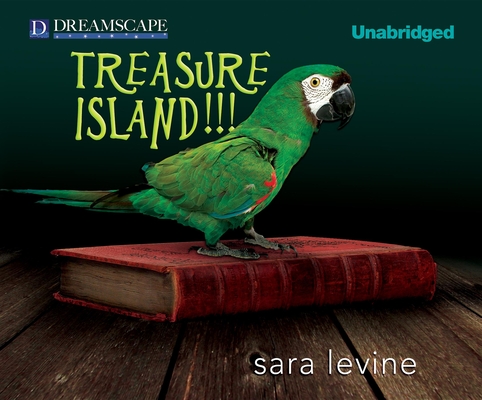 When a college graduate with a history of hapless jobs reads Robert Louis Stevenson's novel Treasure Island, she is dumbstruck by the timid design of her life. When had she ever dreamed a scheme? When had she ever, like Jim Hawkins, broke from her friends, raced for the beach, stolen a boat, killed a man, and eliminated an obstacle that stood in the way of her getting a hunk of gold? Convinced that Stevenson's book is cosmically intended for her, she redesigns her life according to its Core Values: boldness, resolution, independence and horn-blowing. Accompanied by her mother, her sister, and a hostile Amazon parrot that refuses to follow the script, our heroine embarks on a domestic adventure more frightening than anything she'd originally planned.

Sara Levine teaches at the Art Institute of Chicago. Her stories have appeared in The Iowa Review, Nerve, Conjunctions, Necessary Fiction, Sonora Review, and other magazines.READER BIO Emily Durante has performed in a number of stage plays professionally, in the community, and at the college level. Other performance credits include commercial and industrial voice work, educational live theater, and singing telegrams. She has been narrating audiobooks for over ten years. She has also directed audiobooks, including the Earphones Award-winning performance of Heaven's Keep narrated by Buck Schirner. Emily resides in the Philadelphia area with her husband and two children.