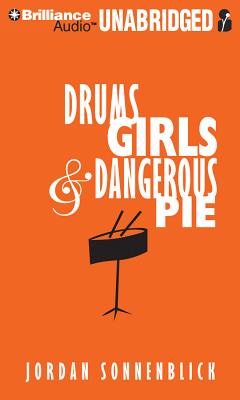 Thirteen-year-old Steven has a totally normal life (well, almost): He plays drums in the All-Star Jazz Band, has a crush on the hottest girl in school (who doesn't know he's alive), frequently finds himself sitting across from his school counselor (who bribes him with candy), and is constantly annoyed by his five-year-old brother, Jeffrey (who is cuter than cute). Oh, Steven has parents, too (the kind that embarrass him). But when Jeffrey gets sick, Steven's world is turned upside down as he is forced to deal with his brother's illness, his parents' attempts to keep the family in one piece, the band, overdue homework, girls, and of course, Dangerous Pie (yes, you have to listen to the book to find out what that is). In a debut that has won raves, Jordan Sonnenblick digs deep into the heart of a family in crisis with humor, hope, and impressive sensitivity.