The Radiance of the King (Paperback) 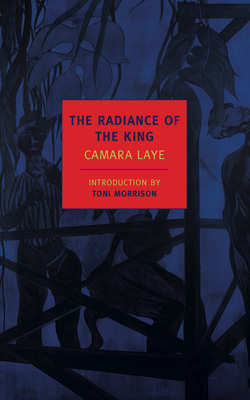 Strange, wonderful, dizzying and very funny, this book is a gem.  "THE RADIANCE OF THE KING" follows Clarence, a white man from England with no real skills except losing money in card games, as he arrives in Africa with the goal of doing some unknown, un-asked for "work for the king," hoping his whiteness will provide whatever access he needs. It does not. The story follows him, his long suffering guide, and two young dancers as they all make their way through a wilderness of land and mind, circling ever closer to the shining glory of the king. Find and replace "HEART OF DARKNESS" with this and never look back.

At the beginning of this masterpiece of African literature, Clarence, a white man, has been shipwrecked on the coast of Africa. Flush with self-importance, he demands to see the king, but the king has just left for the south of his realm. Traveling through an increasingly phantasmagoric landscape in the company of a beggar and two roguish boys, Clarence is gradually stripped of his pretensions, until he is sold to the royal harem as a slave. But in the end Clarence’s bewildering journey is the occasion of a revelation, as he discovers the image, both shameful and beautiful, of his own humanity in the alien splendor of the king.

CAMARA LAYE (1928–1980) was born in Kouroussa, a large village on the river Niger in the French West African colony of Upper Guinea. The Camaras are one of the oldest clans of the Malinke people, and Camara Laye’s father, a goldsmith, was a man of considerable local authority. The eldest of seven children, Camara spent his formative years in Koranic and French elementary schools before winning a scholarship to study automobile engineering in Argenteuil, outside Paris. His precocious first book, the autobiographical novel The Dark Child, was published in France in 1953 to great acclaim; it was followed a year later by his masterpiece, The Radiance
of the King. In the late 1950s Camara Laye returned to Africa, where he worked in a variety of official capacities for the government of newly independent Guinea, only to be driven into exile because of his political outspokenness. Though his final years were overshadowed by illness and poverty, Camara Laye completed two additional major works: Dramouss, a continuation of The Dark Child, and The Guardian of the Word, a rendering into French of the great Malian epic Soundiata.

TONI MORRISON is the author of nine novels, among them The Bluest Eye, Beloved, Jazz, and Paradise. Born in Ohio and a graduate of Howard and Cornell, she was the Robert F. Goheen Professor at Princeton from 1989 to 2006. In 1993 she won the Nobel Prize in Literature.

JAMES KIRKUP (1918-2009) was a prolific English poet, translator and travel writer. He became a Fellow of the Royal Society of Literature in 1962.

“A classic work of modernism—a signal work in the African canon and one that every lover of literature will admire and enjoy.”
—Henry Louis Gates Jr.

“One of the greatest of the African novels of the colonial period, Camara Laye’s The Radiance of the King has delighted and puzzled generations of readers inside and outside the continent. The delight is in the humor and elegance of the language and narrative. The puzzle lies in the book’s wonderfully unsettling end, which calls on us all to respond with an interpretation of our own.”
—Kwame Anthony Appiah

“Allegorical, Kafkaesque and African in a unique way; it is a powerful and disturbing exploration of exile, quest and reconciliation with a power greater than logic or reason.”
—The New York Times Book Review

[Laye’s work] belongs within the tradition of classic world literature, describing a personal and cultural dilemma in accents that speak to all mankind.
The Writings of Camara Laye

“[Laye’s] preoccupation with the possibilities of a deep spiritual experience which the African world seemed to him to offer constitutes the unifying point of view of all his work....[and] finds its supreme expression in Le Regard du Roi....a tour de force.
—Abiola Irene

In Radiance of the King, Laye has written a book which we can read with enjoyment, amusement, and keen absorption, but which occupies the mind in such a way that new perceptions keep rising to its surface when the reading is over.
—Gerald Moore