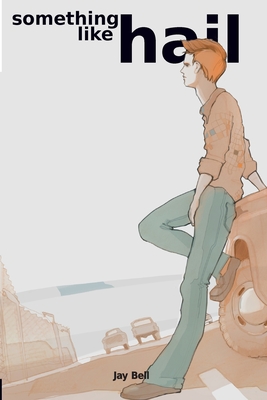 Sometimes it's up to us to make our own luck-and to give ourselves a second chance.

Noah Westwood is tired of living on the streets, so he turns to Marcello Maltese, a man who owns a small empire that includes an escort service. Noah volunteers for this, but he's playing a dangerous game. A secret from his past could turn his new friends into enemies, and he isn't sure he can perform the duties he signed up for, especially when he's more interested in falling in love than hopping into the beds of clients. His situation is complicated further when hunky co-worker, Harold Franklin, seems to be interested in him. Noah is off the streets, but he'll have to travel down many more roads on his quest to find his happily-ever-after.

Jay Bell led a quiet life in Kansas until the day he met a handsome foreign exchange student named Andreas who swept him off his feet and carried him all the way to Germany. Much to their delight, marriage awaited them when they got there. While living so distant from friends and family, Jay began writing in an effort to reconcile the mixture of devotion and alienation he felt. This resulted in a Lambda Literary Award and a film option for his best-selling novel Something Like Summer. Jay and Andreas have since relocated to Chicago where their adventures continue, as do those of the characters in their emotionally driven Something Like... series. Jay pens the stories and Andreas provides the cover art, making them books about love, forged by love.