After You Hear It's Cancer: A Guide to Navigating the Difficult Journey Ahead (Paperback) 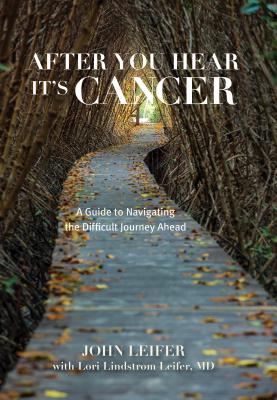 In 2014, an estimated 1.66 million people will receive a diagnosis of cancer. They will join a pool of 13.7 million Americans already living with a history of cancer. Almost 600,000 Americans will die from cancer. For some, cancer will be only a short divergence. For others, however, it will be a dramatic fork in the road. And for still others, the beginning of the end of the line. This book guides cancer patients along their journey where no one knows the duration or the destination. Divided into the three parts of being a cancer patient--the diagnosis, initial treatment, and on to survivorship--the book will help the newly diagnosed cancer patient navigate a complex health care system, make astute decisions at difficult junctures, and manage the emotional turbulence that can rock his or her world. Lastly, it shares the story of how the author and his wife, as well as other cancer patients, have confronted their disease.

John Leifer worked for more than thirty years with the major factions comprising healthcare delivery in the United States, including some of the nation's leading hospitals. Most recently, he served as a senior vice president for a ten-hospital system in the Midwest. Leifer founded and published The Leifer Report, a healthcare publication that featured contributors ranging from President Bill Clinton to Newt Gingrich. He has written extensively on healthcare issues and has been published in newspapers and magazines, such as Modern Healthcare, Hospitals & Health Networks, Washington Monthly, and The Kansas City Star. Leifer has also been profiled in several prominent magazines, including Money and Fortune. Lori Lindstrom Leifer, MD, is both a cancer doctor and a cancer patient. As a radiation oncologist, she has provided care to cancer patients for the past twenty-five years. As a faculty member with a NCI-designated Cancer Center, Lori sees a broad array of cases. Prior to her academic affiliation, Lori spent many years serving a largely indigent population in a mission-driven practice. In addition to her clinical practice, Lori holds a teaching position, as an assistant clinical professor, within the University of Kansas School Of Medicine. Lori is a member of the American Society of Therapeutic Radiation and Oncology, the American Society of Clinical Oncology, and the Alpha Omega Alpha Medical Society.