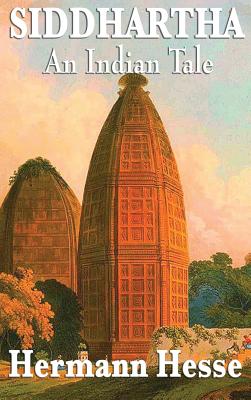 Siddhartha is a simple yet powerful and lyrical novel. Siddhartha is a man in search of enlightenment in the time of Buddah. He learns that experience is the best way to approach understanding of reality and attain enlightenment. Hermann Hesse won the 1946 Nobel Prize in Literature. A landmark novel.

HERMANN HESSE was born in 1877 in Calw, Germany. He was the son and grandson of Protestant missionaries and was educated in religious schools until the age of thirteen, when he dropped out of school. At age eighteen he moved to Basel, Switzerland, to work as a bookseller and lived in Switzerland for most of his life. His early novels include Peter Camenzind (1904), Beneath the Wheel (1906), Gertrud (1910), and Rosshalde (1914). During this period Hesse married and had three sons.During World War I, Hesse worked to supply German prisoners of war with reading materials and expressed his pacifist leanings in antiwar tracts and novels. Hesse's lifelong battles with depression drew him to study Freud during this period and, later, to undergo analysis with Jung. His first major literary success was the novel Demian (1919). When Hesse's first marriage ended, he moved to Montagnola, Switzerland, where he created his best-known works: Siddhartha (1922), Steppenwolf (1927), Narcissus and Goldmund (1930), Journey to the East (1932), and The Glass Bead Game (1943). Hesse won the Nobel Prize for Literature in 1946. He died in 1962 at the age of eighty-five.