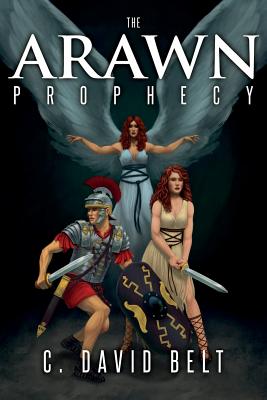 Roman Britannia, 61 A.D. - Marcus Scribonius-a Christian convert of scarcely five years and an
Option in the Roman Army, second-in-command of a century of eighty men-has just survived a
horrific battle against Boudicca and her Celtic rebels. Although Roman casualties were
astonishingly light, one of those casualties was Marcus's beloved commander and mentor. Now
serving under the command of a new centurion-who, for reasons Marcus cannot comprehend,
already hates him-Marcus and his century are given a secret mission: an armed reconnaissance
mission deep into hostile territory to investigate the repeated manifestations of a Celtic
god-Arawn, Lord of the Dead.

Marcus possesses the Gift of Prophecy, although for the most part, he is unable to understand the
prophecies he transcribes onto his scroll. But he does understand two things-he will face Arawn,
and a great tribulation will come into his life. That tribulation arrives in the form of disturbing
young woman-Maelona, the slave of his new commander. Maelona frightens Marcus, because
she was once one of the terrifying Witches of Mona before she was captured, used, and enslaved.
However, a prophecy states that Marcus must protect her at all costs.

Along their march deep into Cambria (Wales), Marcus and his century camp near an ancient
circle of standing stones. During the night, one of the burial mounds near the stone circle opens,
and out of it crawls an ancient horror. And legionnaires begin to die.