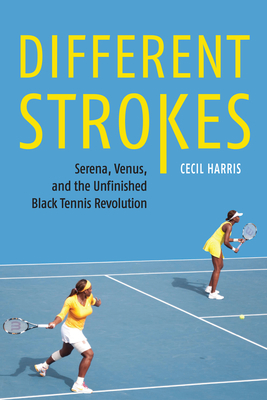 The days of tennis as a country club sport for the aristocracy have long passed, as have the pre–Open era days when Black players faced long odds just to be invited to the four Grand Slam events. An entire generation of sports fans has grown up seeing Venus and Serena Williams as the gold standard in American professional tennis.

Although the Williams sisters have done more than any other players to make tennis accessible to a diverse population, it’s not as if the tennis revolution is over. When you watch tennis next, take a close look at the umpire, the person sitting in the high chair of authority at courtside. Look at the tournament referee and the tournament director, the officials who run the tournament. In those seats of power and influence, Blacks are still woefully underrepresented.

Different Strokes chronicles the rise of the Williams sisters, as well as other champions of color, closely examining how Black Americans are collectively faring in tennis, on the court and off. Despite the success of the Williams sisters and the election of former pro player Katrina Adams as the U.S. Tennis Association’s first Black president, top Black players still receive racist messages via social media and sometimes in public. The reality is that while significant progress has been made in the sport, much work remains before anything resembling equality is achieved.

Cecil Harris is a sports journalist and has covered major tennis events including the U.S. Open and the Women’s Tennis Association Championships in New York, and he has written for the New York Times, the Associated Press, and USA Today. He is the author of several books, including Charging the Net: A History of Blacks in Tennis from Althea Gibson and Arthur Ashe to the Williams Sisters.

"Harris is not only knowledgeable about the sport, but that he is passionate about both the game and the issues surrounding blacks in tennis. This book will provide much needed insight into the matter of race in tennis and illustrates that while there has been much progress in that area, especially given the professional and social presence of Serena Williams, there is still much work to do to address the inequalities still in existence."—Guy Who Reviews Sports Books

“Cecil Harris has written an exhaustive, multifaceted look at tennis through an African American lens. He expertly details how the sport—despite producing the remarkable Williams sisters—still faces struggles in overcoming its troubling history regarding Black folks.”—Deron Snyder, sports columnist for the Washington Times

“Different Strokes is an expansive history of blacks in tennis that goes far beyond the names that we all know—Venus, Serena, Althea, and Arthur—and tells us about players on and off the court who have shaped the landscape of the sport. With an insider’s knowledge, Cecil Harris narrates a powerful story that goes up to present day, with candid behind-the-scenes anecdotes. It’s necessary reading for anyone who follows tennis and a vital addition to the chronicles of African Americans in sports.”—Nekesa Mumbi Moody, global entertainment editor for the Associated Press

“As Cecil Harris takes you back in time to highlight the struggles of past players and officials, he expertly notes the struggle today is just as harsh and much more subtle as he navigates you through the topic. Harris takes the reader by the mind in teaching a well-needed lesson. When he’s done, you are surprisingly well educated on the subject, whether you realize it or not. Professor Harris gets an A+.”—Tony Paige, former sports talk show host for WFAN Radio, New York