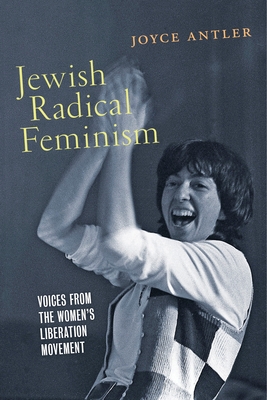 By Joyce Antler
$19.95
On Our Shelves Now (Please wait for us to confirm and & contact you when it's ready)

Finalist, 2019 PROSE Award in Biography, given by the Association of American Publishers

Fifty years after the start of the women's liberation movement, a book that at last illuminates the profound impact Jewishness and second-wave feminism had on each other Jewish women were undeniably instrumental in shaping the women's liberation movement of the 1960s, 70s, and 80s. Yet historians and participants themselves have overlooked their contributions as Jews. This has left many vital questions unasked and unanswered--until now. Delving into archival sources and conducting extensive interviews with these fierce pioneers, Joyce Antler has at last broken the silence about the confluence of feminism and Jewish identity. Antler's exhilarating new book features dozens of compelling biographical narratives that reveal the struggles and achievements of Jewish radical feminists in Chicago, New York and Boston, as well as those who participated in the later, self-consciously identified Jewish feminist movement that fought gender inequities in Jewish religious and secular life. Disproportionately represented in the movement, Jewish women's liberationists helped to provide theories and models for radical action that were used throughout the United States and abroad. Their articles and books became classics of the movement and led to new initiatives in academia, politics, and grassroots organizing. Other Jewish-identified feminists brought the women's movement to the Jewish mainstream and Jewish feminism to the Left. For many of these women, feminism in fact served as a "portal" into Judaism. Recovering this deeply hidden history, Jewish Radical Feminism places Jewish women's activism at the center of feminist and Jewish narratives. The stories of over forty women's liberationists and identified Jewish feminists--from Shulamith Firestone and Susan Brownmiller to Rabbis Laura Geller and Rebecca Alpert--illustrate how women's liberation and Jewish feminism unfolded over the course of the lives of an extraordinary cohort of women, profoundly influencing the social, political, and religious revolutions of our era.