Flynn Nightsider and the Shards of Shadow (Large Print / Hardcover) 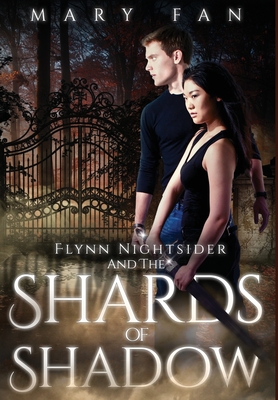 This is book number 2 in the Flynn Nightsider series.

Fight the power. Fight the beasts. Fight for humanity.

The revolution was supposed to end the century-long reign of tyranny over North America and bring about a better world. But Flynn, once heralded as a hero, is on the run again from a new enemy who holds the entire nation in his thrall.

Haunted by past mistakes and an unimaginable betrayal, Flynn is determined to set things right, whatever it takes. Meanwhile, the powers of the Underworld continue to threaten-dark magic, curses, supernatural beasts that even champion monster slayer Aurelia, a.k.a. "the Firedragon," has never encountered before.

Both hunted and protected for an ability he only recently discovered, one whose consequences he's still struggling to understand, Flynn sets out on a journey that takes him deep into enemy territory. His efforts lead to an uneasy alliance with former adversaries and reveal surprising secrets about both friends and foes. With the most powerful being in the world bearing down on him, Flynn soon realizes a terrifying truth.

Nothing is as it seems, and the fallout is only beginning.