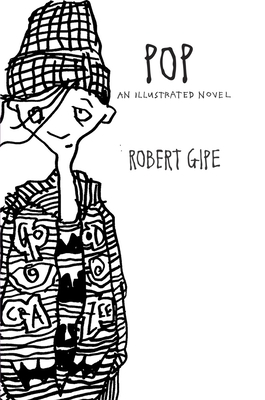 A coming-of-age story of hope, betrayal, and familial legacy set in rural Appalachia.

Set in the run-up and aftermath of the 2016 election, Pop brings the Canard County trilogy to a close as Dawn, the young narrator of Gipe’s first novel, Trampoline, is now the mother of the seventeen-year-old Nicolette. Whereas Dawn has become increasingly agoraphobic as the internet persuades her the world is descending into chaos, Nicolette narrates an Appalachia where young people start businesses rooted in local food culture and work to build community. But Nicolette’s precocious rise in the regional culinary scene is interrupted when her policeman cousin violently assaults her, setting in motion a chain of events that threaten to destroy the family—and Canard County in the process.

In the tradition of Gipe’s first two novels, Pop’s Appalachia is full of clear-eyed, caring, creative, and complicated people struggling to hang on to what is best about their world and reject what is not. Their adventures reflect an Appalachia that is overrun by outside commentators looking for stories to tell about the region—sometimes positive, sometimes negative, but almost always oversimplified.

Robert Gipe lives and works in Harlan County, Kentucky. Pop is his third Ohio University Press novel. His first, Trampoline, won the 2016 Weatherford Award for Appalachian novel of the year. His second novel, Weedeater, was a Weatherford finalist. For the past thirty years he has worked in arts-based organizing and is the founding coproducer of the Higher Ground community performance series. He has contributed to numerous journals and anthologies, is a playwright, and is currently a script consultant on a forthcoming television show based on Beth Macy’s Dopesick. Author photo by Amelia Kirby.

“A headlong tumble into a proud and problem-plagued Appalachia, this addictive illustrated novel by Gipe (third in a series after Weedeater) is a delightful gabfest.… Comedy and tragedy make way for unexpected uplift in this richly detailed story of people determined not to be forgotten.”—Publishers Weekly

“Robert Gipe has blown the lid off his already zany writing style with Pop, the conclusion to his Canard County Kentucky trilogy. It’s a celebration of diverse Appalachia, told from three perspectives…. As with the rest of the trilogy, the illustrations are hilarious, and pure genius. As a defense of the people and the region, I want to stand up and applaud Pop for its creativity and take up the phrase ‘nothing about us without us’ directed at the wider culture, and Hollywood in particular, as a mantra.”—Jill Minor, Washington County (VA) Public Library

“Nobody has captured contemporary Eastern Kentucky life as authentically as Robert Gipe. And nobody in Appalachian fiction has come up with a literary innovation as refreshing and enticing as his illustrated novels that feature his own rough caricatures to illustrate his well-chosen words.”—Appalachian Mountain Books, April 4, 2021

“Pop is sad, stupid funny, and savagely honest. Gipe’s prose rushes by in a whirl of strangeness, of characters and dialogue, jokes and heartbreaks, ghosts and wildfires, sinkholes and giants telling Jack Tales, plus a couple of movie stars. It leaves the reader with a feeling that it’s time to ‘set out’—whether that means taking on a corporate polluter, starting a new artisanal pop business, or just telling your own story in your own words to someone who will listen.”—Graham Marema, Daily Yonder

“Robert Gipe is Appalachia’s Willy Wonka. Pop is your golden ticket. It will crack your smile, break your heart, and rouse your soul all in the space of a page.”—Wesley Browne, author of Hillbilly Hustle