The Secret in the Wings: A Play (Paperback) 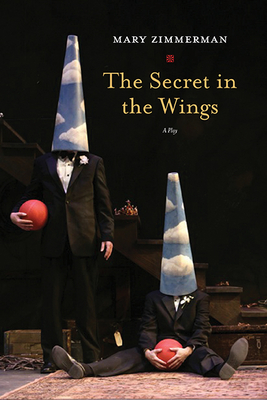 Mary Zimmerman’s The Secret in the Wings adapts a group of lesser-known fairy tales to create a theatrical work that sets their dark mystery against her signature wit and humor. The framing story concerns a child and the frightening babysitter with whom her parents leave her. As the babysitter reads from a book, the characters in each of the tales materialize, with each tale breaking off just at its bleakest moment before giving way to the next one.

The central tale is told without interruption, after which each previous tale is successively resumed, with each looming disaster averted. As in Zimmerman’s other productions, here she uses costumes, props, sets, and lighting to brilliant effect, creating images and feelings that render the fairy tales in all their elemental and enduring power.

MARY ZIMMERMAN’s credits as an adapter and a director include The Arabian Nights, Journey to the West, Metamorphoses, The Odyssey, and The White Snake (all published by Northwestern). Her work has been produced at the Lookingglass Theatre and Goodman Theatre of Chicago; on Broadway at Circle in the Square; in New York at Second Stage, the Brooklyn Academy of Music, and the Manhattan Theatre Club; and at Berkeley Repertory Theatre and other major regional theaters around the country and abroad.

The recipient of a Tony Award for her direction of Metamorphoses and of a MacArthur Fellowship, Zimmerman is a professor of performance studies at Northwestern University.