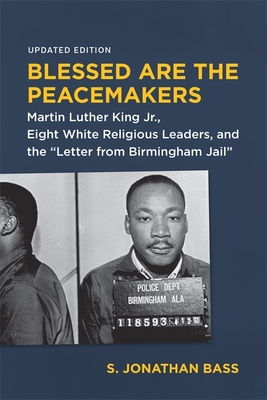 Martin Luther King Jr.'s "Letter from Birmingham Jail" is arguably the most important written document of the civil rights protest era and a widely read modern literary classic. Personally addressed to eight white Birmingham clergy who sought to avoid violence by publicly discouraging King's civil rights demonstrations in Birmingham, the nationally published "Letter" captured the essence of the struggle for racial equality and provided a blistering critique of the gradualist approach to racial justice. It soon became part of American folklore, and the image of King penning his epistle from a prison cell remains among the most moving of the era. Yet, as S. Jonathan Bass explains in the first comprehensive history of King's "Letter," this image and the piece's literary appeal conceal a much more complex tale.

This updated edition of Blessed Are the Peacemakers includes a new foreword by Paul Harvey, a new afterword by James C. Cobb, and a new epilogue by the author.

S. Jonathan Bass is professor of history at Samford University in Birmingham, Alabama, and the author of He Calls Me by Lightning: The Life of Caliph Washington and the Forgotten Saga of Jim Crow, Southern Justice, and the Death Penalty.