As I Lay Dying (Paperback) 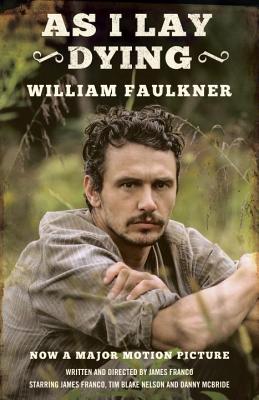 By William Faulkner
Email or call for price
Hard to Find

"I set out deliberately to write a tour-de-force. Before I ever put pen to paper and set down the first word I knew what the last word would be and almost where the last period would fall." William Faulkner on "As I Lay Dying
"As I Lay Dying is Faulkner's harrowing account of the Bundren family's odyssey across the Mississippi countryside to bury Addie, their wife and mother. As they carry Addie in a homemade coffin, pulled along by a team of mules, the Bundrens are haunted by greed and fear their journey both mocks and confirms our humanity. Their story is told in turn by each of the family members including Addie herself as well as those they encounter on their way. This fractured viewpoint epitomizes Faulkner's visceral modernist style, as the varied voices reveal secrets, expose desires, and bring back the dead. A benchmark achievement and one of the most influential novels in American fiction, As I Lay Dying not only endures but prevails.

This edition reproduces the corrected text of As I Lay Dying as established in 1985 by Noel Polk.

William Faulkner was born in New Albany, Mississippi, on September 25, 1897. His family was rooted in local history: his great-grandfather, a Confederate colonel and state politician, was assassinated by a former partner in 1889, and his grandfather was a wealth lawyer who owned a railroad. When Faulkner was five his parents moved to Oxford, Mississippi, where he received a desultory education in local schools, dropping out of high school in 1915. Rejected for pilot training

in the U.S. Army, he passed himself off as British and joined the Canadian Royal Air Force in 1918, but the war ended before he saw any service. After the war, he took some classes at the University of Mississippi and worked for a time at the university post office. Mostly, however, he educated himself by reading promiscuously.

Faulkner had begun writing poems when he was a schoolboy, and in 1924 he published a poetry collection, The Marble Faun, at his own expense. His literary aspirations were fueled by his close friendship with Sherwood Anderson, whom he met during a stay in New Orleans. Faulkner's first novel, Soldier's Pay, was published in 1926, followed a year later by Mosquitoes, a literary satire. His next book, Flags in the Dust, was heavily cut and rearranged at the publisher's insistence and appeared finally as Sartoris in 1929. In the meantime he had completed The Sound and the Fury, and when it appeared at the end of 1929 he had finished Sanctuary and was ready to begin writing As I Lay Dying. That same year he married Estelle Oldham, whom he had courted a decade earlier.

Although Faulkner gained literary acclaim from these and subsequent novels Light in August (1932), Pylon (1935), Absalom, Absalom! (1936), The Unvanquished (1938), The Wild Palms (1939), The Hamlet (1940), and Go Down, Moses (1942) and continued to publish stories regularly in magazines, he was unable to support himself solely by writing fiction. he worked as a screenwriter for MGM, Twentieth Century-Fox, and Warner Brothers, forming a close relationship with director Howard Hawks, with whom he worked on To Have and Have Not, The Big Sleep, and Land of the Pharaohs, among other films. In 1944 all but one of Faulkner's novels were out of print, and his personal life was at low ebb due in part to his chronic heavy drinking. During the war he had been discovered by Sartre and Camus and others in the French literary world. In the postwar period his reputation rebounded, as Malcolm Cowley's anthology The Portable Faulkner brought him fresh attention in America, and the immense esteem in which he was held in Europe consolidated his worldwide stature.

Faulkner wrote seventeen books set in the mythical Yoknapatawpha County, home of the Compson family in The Sound and the Fury. "No land in all fiction lives more vividly in its physical presence than this county of Faulkner's imagination," Robert Penn Warren wrote in an essay on Cowley's anthology. "The descendants of the old families, the descendants of bushwhackers and carpetbaggers, the swamp rats, the Negro cooks and farm hands, the bootleggers and gangsters, tenant farmers, college boys, county-seat lawyers, country storekeepers, peddlers all are here in their fullness of life and their complicated interrelations." In 1950, Faulkner traveled to Sweden to accept the 1949 Nobel Prize for Literature. In later books Intruder in the Dust (1948), Requiem for a Nun (1951), A Fable (1954), The Town (1957), The Mansion (1959), and The Reivers (1962) he continued to explore what he had called "the problems of the human heart in conflict with itself," but did so in the context of Yoknapatawpha's increasing connection with the modern world. He died of a heart attack on July 6, 1962."