Journey . . . a True Story of Tragedy and Hope (Paperback) 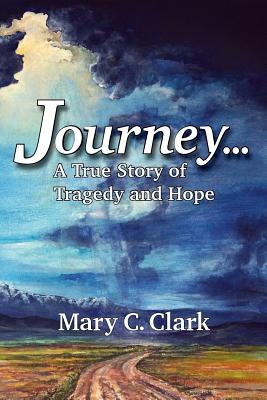 October 21, 1949, in the bucolic little town of around 2,000 souls, Beaver, Utah, all seemed right in my world. World War II had ended, the boys and girls were all home from the war and the Korean conflict had not yet erupted. I was 18 years old, in love and still a bride, married to Duke Manzione, a young man I thought of as my soulmate. We were both registered to begin the new school year at the Branch Agricultural College (BAC) in Cedar City. Only days earlier, Dr. McQuarrie had confirmed my pregnancy and Duke and I had talked of little else for the past two days.

On October 22, 1949, my world shook and turned upside down. It was not the beginning of my story nor was it the end, but it seemed to be. And, it changed everything for me. When the guns of the firing squad at the Utah State Prison ceased firing, taking the lives of two male individuals, I thought that would end a nightmare. It did not . . .

This true story tells of a love story that ends in tragedy and the long aftermath, the trauma of an abusive second marriage, and Mary's struggle to raise her children in the hostile workplace for women of her time. This story ranges from Great Depession years through World War II and right up to today. It gives insight into pioneer history, social history of the times, and Mary's passionate advocacy for women, and the eventual victory of hope in the lives of Mary and her children.

For readers interested in case law, there is a legal recap of the criminal case that sought to open the door to what finally became the well-known legal ruling called the Miranda Rule.