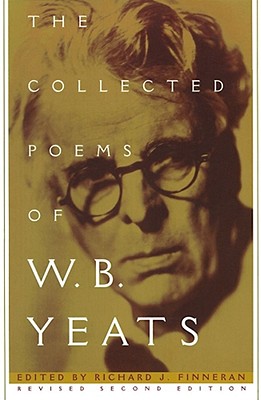 Breathtaking in range, The Collected Poems of W. B. Yeats includes all of the poems authorized by Yeats for inclusion and encompasses the entire arc of his career: reworkings of ancient Irish myths and legends, meditations on youth and old age, whimsical songs of love, and somber poems of life in a nation torn by war and uprising.

The Collected Poems of W. B. Yeats includes all of the poems authorized by Yeats for inclusion in his standard canon. Breathtaking in range, it encompasses the entire arc of his career, from luminous reworkings of ancient Irish myths and legends to passionate meditations on the demands and rewards of youth and old age, from exquisite, occasionally whimsical songs of love, nature, and art to somber and angry poems of life in a nation torn by war and uprising. In observing the development of rich and recurring images and themes over the course of his body of work, we can trace the quest of this century's greatest poet to unite intellect and artistry in a single magnificent vision.

Revised and corrected, this edition includes Yeats's own notes on his poetry, complemented by explanatory notes from esteemed Yeats scholar Richard J. Finneran. The Collected Poems of W. B. Yeats is the most comprehensive edition of one of the world's most beloved poets available in paperback.

The late Richard J. Finneran was general editor, with George Mills Harper, of The Collected Works of W. B. Yeats for many years; series editor of The Poems in the Cornell Yeats; and editor of Yeats: An Annual of Critical and Textual Studies, among other works. He held the Hodges Chair of Excellence at the University of Tennessee, Knoxville; was a past president of the South Atlantic Modern Language Association; and served as executive director of the Society for Textual Scholarship.

William Butler Yeats is generally considered to be Ireland’s greatest poet, living or dead, and one of the most important literary figures of the twentieth century. He was awarded the Nobel Prize in Literature in 1923.