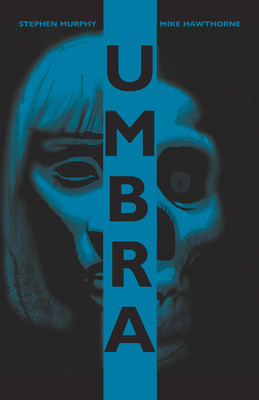 "Affecting characters, novel mystery, and solid storytelling make Umbra a worthwhile story, especially if you want something character-driven and non-super-powered to read." -- Adam White, comiccritique.com
"From the first page it took nearly no time at all to become completely fascinated ... a combination of highly skilled writing talent and an uber-engaging mystery." -- Mike Murray, mycomicstore.net
"Mike Hawthorne is very good." -- Warren Ellis
Amid Iceland's dramatic volcanic landscapes, forensic scientist Askja Thorasdottir is investigating a mystery involving the skeleton of a Neanderthal who appears to have been killed by a Cold War-era Soviet bullet. Before long, someone's trying to tell Askja something -- and someone else is trying to kill her.
Originally published as a three-issue limited series by Image Comics in 2007 ― and nominated for two Harvey Awards -- this new incarnation of Umbra includes all the original issues as well as a "director's cut" of the ending: the brand-new, never-before-seen conclusion intended by the creators. Suggested for mature readers.

American comic book writer and editor Stephen Murphy is best known for his work on Kevin Eastman and Peter Laird's Teenage Mutant Ninja Turtles series. American comic book artist Mike Hawthorne is the creator of the comic book series Hysteria and has provided artwork for other comics, including Deadpool, G. I. Joe: Origins, Queen & Country, and Conan: Road of Kings.