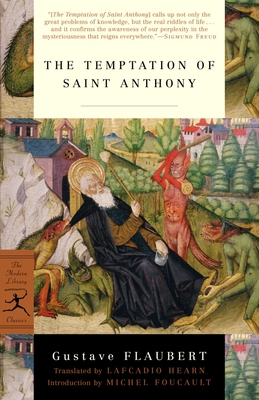 A book that deeply influenced the young Freud and was the inspiration for many artists, The Temptation of Saint Anthony was Flaubert’s lifelong work, thirty years in the making. Based on the story of the third-century saint who lived on an isolated mountaintop in the Egyptian desert, it is a fantastical rendering of one night during which Anthony is besieged by carnal temptations and philosophical doubt.

Michel Foucault (1926–1984) was a philosopher and the author of Madness and Civilization, The Order of Things, and The History of Sexuality, among other books.

“[The Temptation of Saint Anthony] calls up not only the great problems of knowledge, but the real riddles of life . . . and it confirms the awareness of our perplexity in the mysteriousness that reigns everywhere.”
—Sigmund Freud