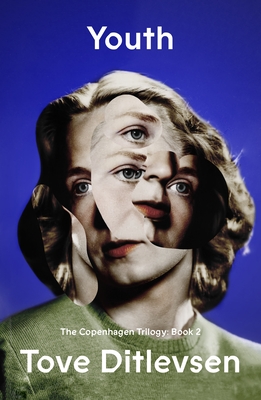 This is book number 2 in the The Copenhagen Trilogy series.

The acclaimed Danish poet Tove Ditlevsen’s autobiographical Copenhagen Trilogy ("A masterpiece" —The Guardian) continues with Youth. Following Childhood, this second volume finds the young author consumed in trials by fire that only fuel her relentless passion for artistic freedom—placing her on a devastating and destructive path recounted in the final volume, Dependency.

Forced to leave school early, Tove embarks on a checkered career in a string of low-paid, menial jobs. But she is hungry: for poetry, for love, for real life to begin. As Europe slides into war, she must navigate exploitative bosses, a Nazi landlady, and unwelcome sexual encounters on the road to hard-won independence. Yet she remains ruthlessly determined in the pursuit of her poetic vocation—until at last the miracle she has always dreamed of appears to be within reach.

Youth, the second volume in the Copenhagen Trilogy, is a strikingly honest and immersive portrait of adolescence, filled with biting humor, vulnerability, and poeticism.