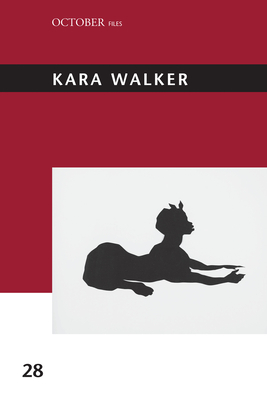 Selected texts that survey the full range of Kara Walker’s artistic practice, emphasizing the work itself rather than the debates and controversies around it.

Kara Walker’s work and its borrowings from an iconography linked to the fantasized and travestied history of American chattel slavery has been theorized and critiqued in countless texts throughout her career. Exegeses of her work have been shaped by the numerous debates on the very debates it generated. How, then, do we approach a work that has been covered by such “thick theoretical layers”? This collection is unique in emphasizing Walker’s work itself rather than the controversies surrounding it. These essays and interviews survey Walker’s artistic practice from her early works in the 1990s through her most recent ones, from her famous silhouette projects to her lesser-known drawings and lantern shows.

The texts, by art historians, curators, critics, scholars, and writers engage scrupulously with Walker’s pieces as material works of art, putting them in the context of the sociopolitical and cultural environments that shape—but never determine—them. They include an interview of the artist by Thelma Golden of the Studio Museum in Harlem; an essay in the form of a lexicon, cataloguing key elements in Walker’s art, by curator Yasmil Raymond; and an essay by volume editor Vanina Géré on Walker’s use of historical archives. Finally, novelist Zadie Smith considers Walker’s public art as counter-propositions to colonial monuments and as a reflection on colonial history.

Vanina Géré is Professor of Art History and Theory at the Villa Arson National School of Fine Arts in Nice, France. She is the author of a monograph on Kara Walker, Les mauvais sentiments: l’art de Kara Walker.