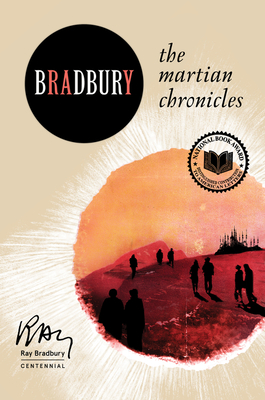 Ray Bradbury’s The Martian Chronicles is a must-read for any fan of science fiction or fantasy, a crucial precursor to films like Avatar and Alien and books like Kim Stanley Robinson’s Red Mars and Dan Simmons’ Hyperion, and a haunting prophesy of humanity’s destiny to bring our old dreams and follies along with us wherever we may venture forth.

Soar above the fossil seas and crystal pillars of a dead world in the pages of Ray Bradbury’s The Martian Chronicles. A milestone of American literature, Bradbury’s classic collection of interconnected vignettes about life on the red planet diverges from the War of the Worlds theme, in which humanity must defend its shores against its neighbors, for in Bradbury’s prismatic vision, humanity is the conqueror, colonizing Mars to escape an Earth devastated by atomic war and environmental catastrophe.

In a career spanning more than seventy years, Ray Bradbury inspired generations of readers to dream, think, and create. A prolific author of hundreds of short stories and close to fifty books, as well as numerous poems, essays, operas, plays, and screenplays, Bradbury was one of the most celebrated writers of our time. His groundbreaking works include Fahrenheit 451, The Martian Chronicles, The Illustrated Man, Dandelion Wine, and Something Wicked This Way Comes. An Emmy Award winner for his teleplay The Halloween Tree and an Academy Award nominee, he was the recipient of the 2000 National Book Foundation Medal for Distinguished Contribution to American Letters, the 2004 National Medal of Arts, and the 2007 Pulitzer Prize Special Citation, among many honors.